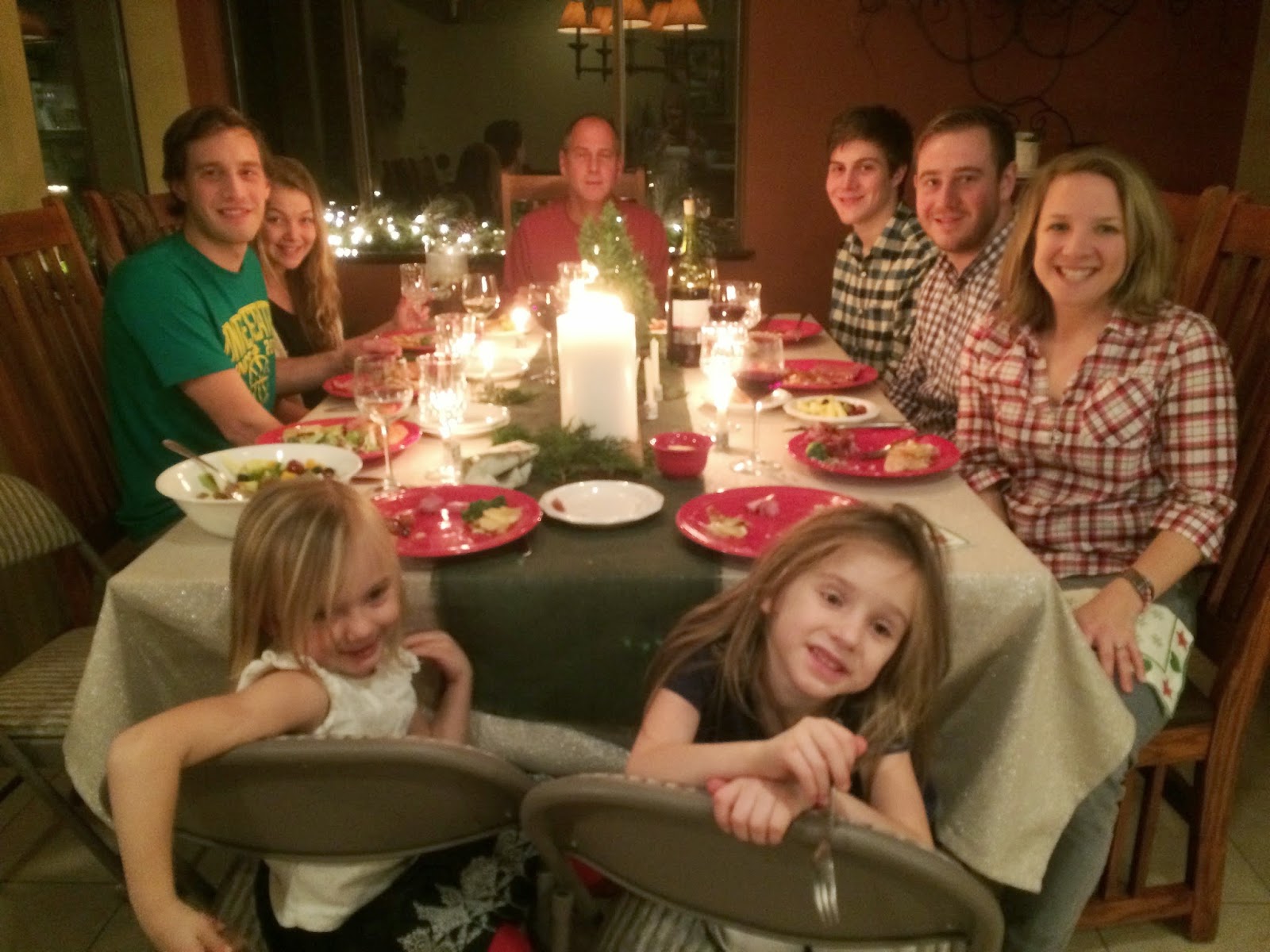 Our Christmas festivities began with our children converging on Southworth.  Bjorn and Jenny came down Monday night and joined Calvin who came after the Messiah.  The working newlyweds joined us Christmas Eve in time for dinner.  After a delicious meal of ham and scallop potatoes, we enjoyed an evening of gift exchanging.  The girls did well until the end of the evening when Ruby had a little meltdown.  On Christmas Day we packed into two vehicles and drove to Cle Elem to join the Eides for a celebration.  The cabin was cozy, but the men were kicked out so that the women could have a 'Woodland Tea"  The men enjoyed a hike in Roslyn and a trip to Suncadia and a tour of the house under construction.  Oyster Stew and Clam Chowder were followed by a gift exchange.  The next morning it was the customary sausage balls and peppermint jello.  Some of the party took a walk near the cabin before we all went to Suncadia to view the lodge and house as well as appetizers at the winery.  In the evening, Markus, Steph, Calvin, Esther and I drove to Lynden to pick up Ellen from Doug and Pam's.  Saturday we brought Calvin to the Vancouver airport for his trip to Japan.  We spent the day enjoying the sights of Vancouver.  Ellen and Steph had not been in Canada for a long time.  Fortunately, the filtered sunshine allowed us to enjoy Stanley Park, Granville Island and Canada Place waterfront before dinner at the Spaghetti Factory.  Sunday we headed back to Southworth, stopping to watch the Seahawks game at Steph and Markus as well as meeting the Bishops in Tacoma to see Rebecca and Olivia.  We had a leisure New Years week.   Bjorn, Jenny and the girls joined us for New Years celebrations on their way back from Oregon.
Posted by Southworth Sailor at 7:43 PM