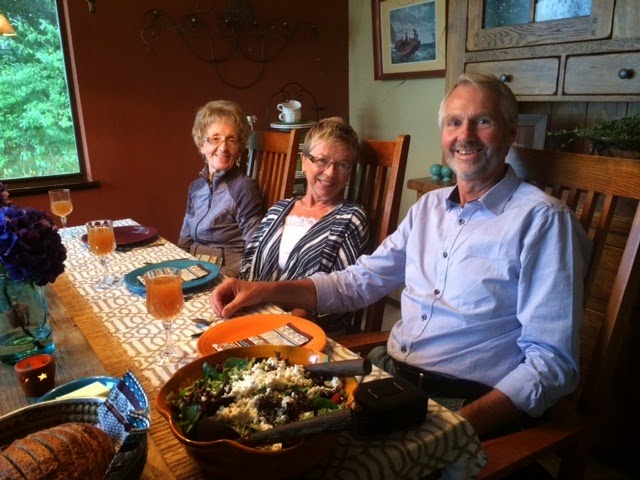 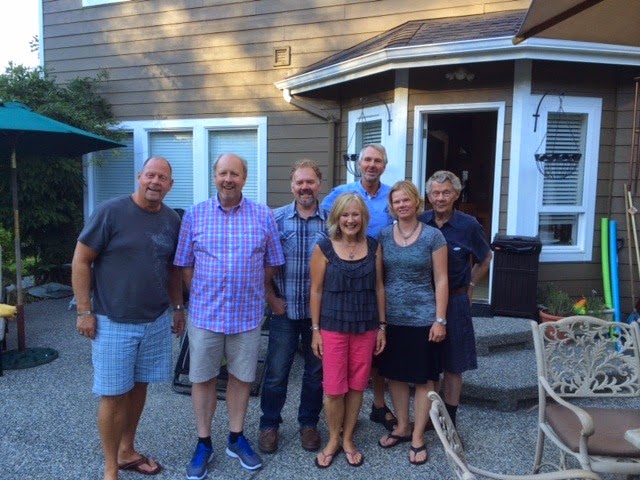 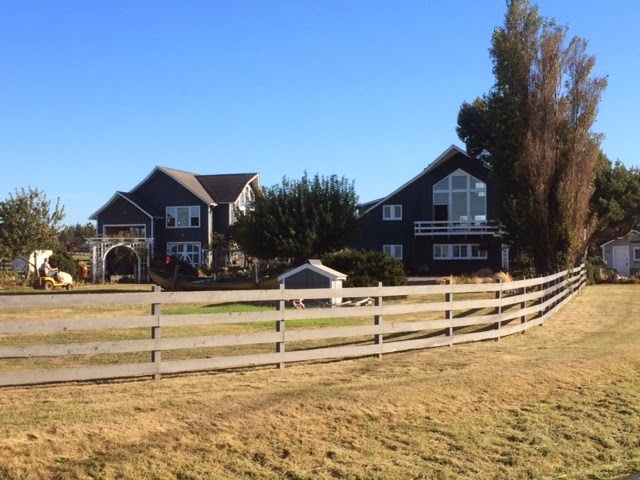 Lest the month pass without record, I must present a telling of some highlights.  We had the chance to see Ingvar and Swanhil two times while they were visiting from Norway.  Once was at Dan and Jan Eide's where several of the extended Eide family were in attendance.  The next weekend we had them over to Southworth with George and Kirsten.  We enjoyed both visits and really appreciated our time with Ingvar and Swanhil.  They are such a nice couple and it is interesting to hear of the Norwegian Eide history.
We also took an annual anniversary getaway.  Because the weather was so great on the west side, we held off on reservations and at the last minute stumbled on a great little place in the community of Dungenness by Sequim.   It is an old homestead barn that has been converted to a bed and breakfast.  We arrived early afternoon and had the place to ourselves.  The property sets on a bluff overlooking the Dungenness spit and the Strait of Juan de Fuca.  Esther spent a little time shopping and I poked around the marina.  Dinner was at the Dockside Grill and breakfast at the 'inn' was very good.  An advantage to being so close to home was that we made it home for the Seahawk/Bronco game.
Posted by Southworth Sailor at 9:27 PM No comments: 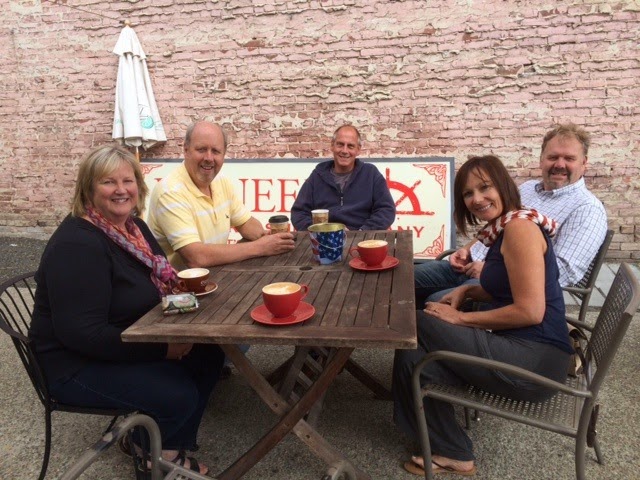 Rather than our usual trip up north to the Cain Lake cabin for the Labor Day weekend, we joined John and Mike at their newly rented cabin near Cle Elum.  Eide Homes started building a house in Suncadia with the hopes of building more, so John and Mike needed a home away from home.  They were fortunate to stumble on a furnished cabin with lots of character.  The cabin has a lot of wood surfaces; walls, ceiling and floor are all wood in addition to log furniture.  The 'old folks' spent Saturday and Sunday enjoying  the cozy cabin and exploring the CleElum and Rosalyn surroundings.  I think Marti and Kay will be joining their husbands on weekends, rather than the other way around.
Posted by Southworth Sailor at 8:13 PM 1 comment: