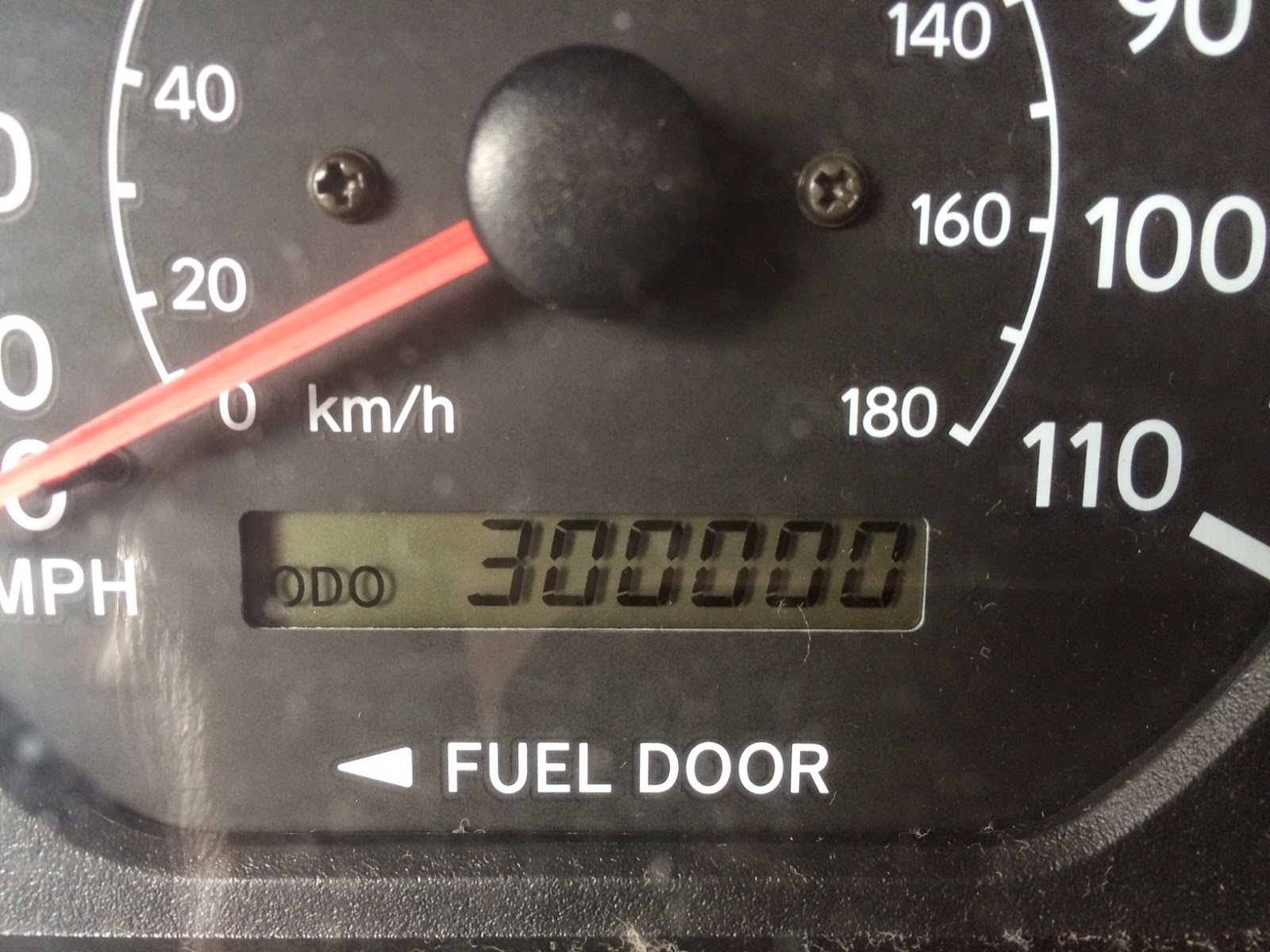 Almost seventeen years ago Esther and I went out on a financial limb and purchased a brand new Toyota Sienna van.  It was 1998, the first year of Sienna production and our boys were still very young.  We reasoned that Toyota reliability would insure that our transportation needs would be secure for the next decade or more.  I told Esther that my goal was to reach 250k before it died.  Well, the boys are all grown up, out of the house, with households of their own; and our Sienna just turned over 300k and is still going strong. 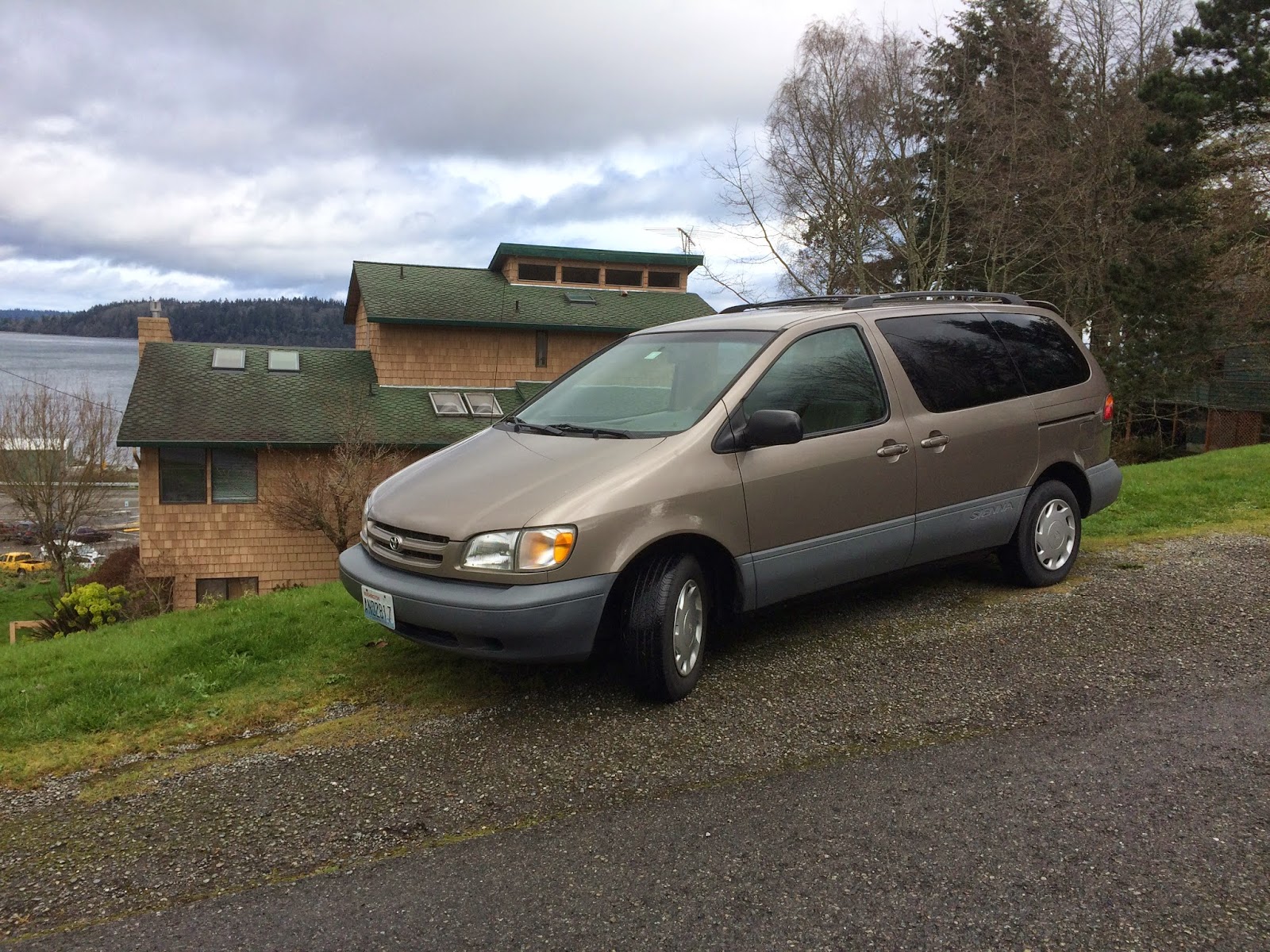 I faithfully changed the oil myself every 3-5k, replaced the tires, brakes, battery, shocks and timing belt and kept believing.  Aside from some dash bulbs burned out, she seems as good as new. A friend once told me of a conversation he had with a salesman before buying his Sienna.  The salesman said, "You'll be tired of the van long before it ever dies."  My friend traded his van in long ago, but I kind of want to wait until ours actually dies from some major repair need.  A different vehicle would be nice, but as long as Esther is satisfied with a mini van, and it keeps running, I guess we'll hang on to her.  400k?  We're trying to think of doing some nice for her.  Any ideas?
Posted by Southworth Sailor at 1:30 PM